Jesse "Lone Cat" Fuller
Jesse "Lone Cat" Fuller was one of a kind. He played the fotdella, an instrument of his own invention named by his wife, who took to calling the instrument a "foot-diller" (as in a "killer-diller" instrument played with the foot), which was shortened to fotdella. The term "foot piano" has been used by some performers and musicologists to describe this type of devise.

The playability of San Francisco Bay Blues is part of its charm, and comes with great chord changes and a descending riff that makes it fun to play. The YouTube is in the key of Bb but the chart below is in C. Check it out! 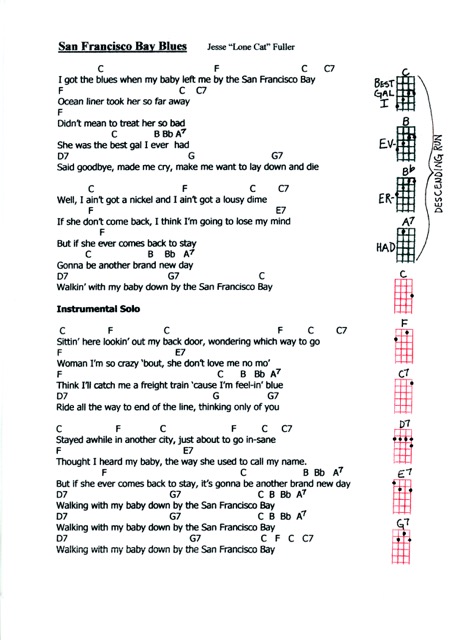